NOBLESSNER CHRISTMAS TREE AND OTHER EVENTS 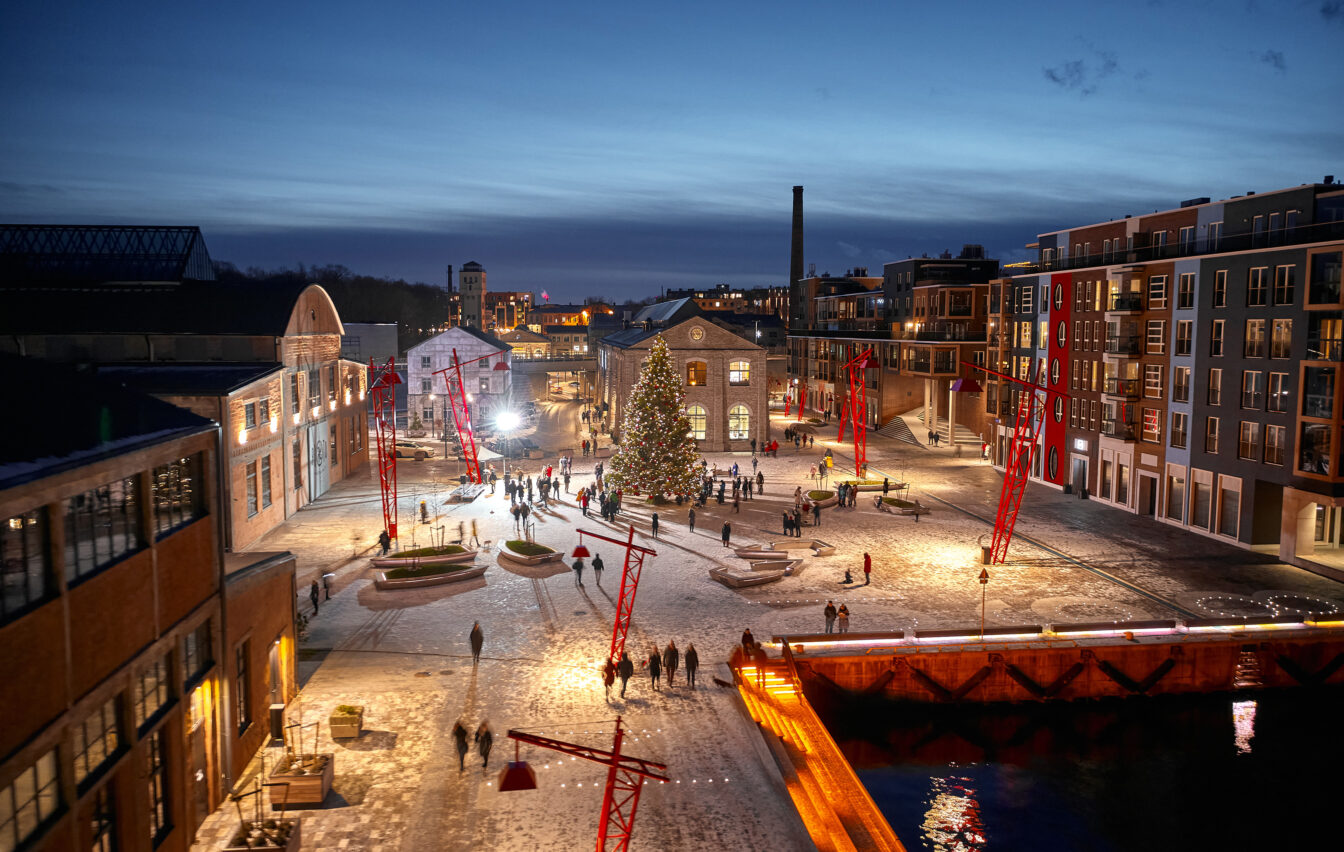 Once again, Noblessner will boast one of Tallinn’s most magnificent Christmas trees and hold a number of cultural events during the holiday season.

This year’s decorations are different and the tree is called Salute, says Shishi designer Taivo Piller. A small Igloo Village will be built in cooperation with Iglucraft in Noblessner Square, where the PROTO Invention Factory café will offer hot drinks and gingerbread. Shishi has also decorated an Iglu Photo Studio, and a well-equipped sauna can be booked for smaller groups by email joulusaun@iglucraft.com. The tree will remain in the district square for at least six weeks.

The Noblessner residents have initiated a competition for the most beautiful Christmas windows in Noblessner. The prize pool is generous and the winners will be announced on 22 December.

Noblessner also offers great meals. According to the recently published White Guide restaurant guide, four of the restaurants in Noblessner are among Estonia’s best: 180 Degrees, Kampai, Lore Bistro and Põhjala Tap Room – we recommend them all!

CHRISTMAS SHOPPING
Noblessner shops offer beautiful and high-quality goods for Christmas and any other time of the year. It’s certainly worth to visit Kalhoj, the Perela family store’s Christmas market, the PROTO Invention Factory store, the Põhjala Brewery, Shishi and the Staapli 3 Art Gallery.

On 26 November, an exhibition by students of the Estonian Academy of Art, Tallinn University and University of Tartu titled HOW TO TALK ABOUT THE SECRET PLACE WITHOUT BETRAYING IT will be opened in Noblessner Shipyard. Within the project, students experimented with artistic, spatial and ethnographic knowledge creation. The curators of the exhibition are Eve Kask and Elo-Hanna Seljamaa (University of Tartu). The Estonian Academy of Arts’ creative and exploratory exhibition about the Käsmu will remain open until 10 December.

From 28 November to 6 December the 7th Artishok Biennial group show will be held in the Kai Art Centre. During the exhibition, Kai is open Mon – Fri noon – 7 pm.

From 29 November 29, Kai Art Centre will hold children’s film and craft mornings on the four Sundays of Advent (29 Nov, 6 Dec, 13 Dec and 20 Dec). The Kai x Puänt pop-up book and gift shop is also open during the events.

On 11 December, the Iceswim Festival – the Estonian Open Winter Swimming Championship 2020/2021 will begin in Noblessner Marina and last until 13 December.

On 13 December, Estonia’s most beloved vocal group, the Estonian Voices, will celebrate its tenth anniversary in the Nobel Hall of Noblessner Foundry. The programme of the ESTONIAN VOICES 10 & FRIENDS concert, which will be held within the framework of the Christmas Jazz 2020 festival, is completely new and features Curly Strings among the guests.