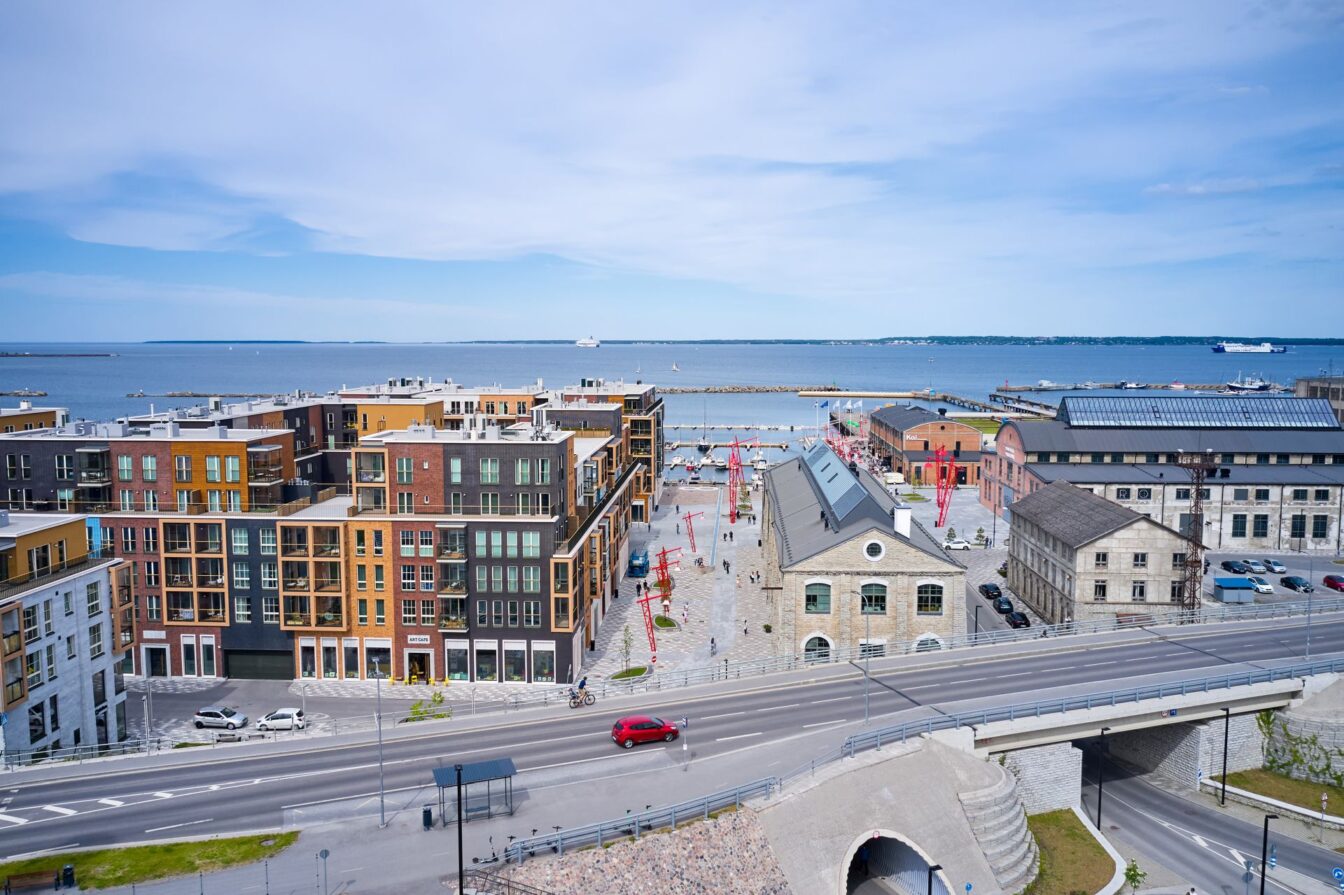 Noblessner won in the Best Urban Regeneration category at the Baltic Real Estate Awards 2020 in Vilnius.
The owner and developer of the Noblessner district is BLRT Grupp, in cooperation with Merko Ehitus and other partners.

Noblessner’s transformation from a restricted industrial area into a human-friendly marina district has been rapid and smooth. This is Tallinn’s first seafront district where pedestrian and cycle tracks are separated from car traffic. The historical industrial architecture has been smoothly combined with the marina and new developments; the car parks of the apartment buildings are entirely under the ground level.
Noblessner has been the venue for world class music and cultural events for over a decade; today it houses the Kai Art Center, the Põhjala Brewery, the PROTO Invention Factory, galleries and several of Tallinn’s best restaurants. Noblessner Marina has 130 berths, more than 300 berths are planned to be available by the year 2025. Noblessner’s seafront promenade is one of the city’s most beloved walking areas.
Today, the next stage of development has begun, which will be completed in 2025.

Noblessner’s first stage of development has also won other awards: in 2019, BLRT Grupp won the Tallinn entrepreneurship award Development Project 2019 and the National Heritage Board’s recognition for the restoration of the Noblessner foundry. The Tallinn Municipality and the National Heritage Board have also recognised the restoration of the Kai Art Centre building.